Want the best battery life on your new phone? Buy one of these in June 2022

Do you like battery life more than everything else? If the answer is yes, then you have stumbled upon the right article. Despite smartphones doing everything they can to replace your entertainment devices, battery life is one area where improvements are quietly taking place. These days, it’s normal for a smartphone to last all day and then leave some charge for the next morning. This is what consumers like the most, as most buyers prefer their smartphones to last longer on a single charge than on multiple charges and die quickly.

Considering that we have tested a number of smartphones in 2022, we have handpicked our list of top smartphones that offer the best battery life. If you choose one from this list, you are guaranteed to get good battery life, even if you are not very cautious. Some of these also satisfy in terms of charging speed, which makes it a bonus. So, check out these smartphones that impressed us with their battery life figures.

Also Read : How Does A Phone Upgrade Work For Metropcs Customers 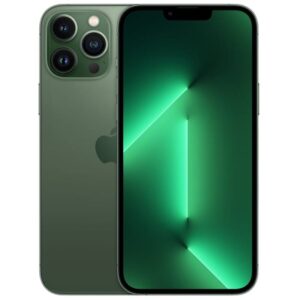 Not the biggest battery on paper, but Apple’s class-leading optimizations of software and hardware make the iPhone 13 Pro Max the longest-lasting smartphone we’ve tested recently. Despite the heavy workload associated with photography and gaming, the iPhone 13 Pro Max can easily last a whole day, saving 20-30 percent of the battery. And since idle drain is minimal, you can charge up to 27 percent and continue with the rest of the day with careful use. The 20W apple charger takes about 1.5 hours to fully charge but the long battery life makes it our battery champion. 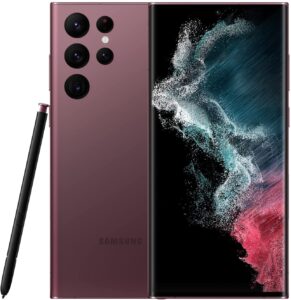 The Samsung Galaxy S22 Ultra Snapdragon variant has proved to be an all-day smartphone, which is great considering the vast array of features it packs inside. A WQHD+ 120Hz display, an S Pen, some bigger cameras, and the Snapdragon 8 Gen 1 chip at its full load can only bring it down to zero by the end of the day. Support for 45W charging fills the battery in just over an hour, which isn’t too bad.

Approx $500, the Oppo Reno 7 Pro is a surprising battery winner considering its sole focus on 5G cameras and fancy design. Despite having a top-notch MediaTek Dimensity 1200 chip, our team members were able to spend all day using their cameras to their full potential and doing normal smartphone stuff; There’s still 20-30 percent charge left – thanks to aggressive software optimizations. The Reno 7 Pro also comes with 65W fast wire charging which can take the battery from zero to zero in about 45 minutes.

iQOO Neo 6 is another surprise at $350. It is considered a gaming phone and gaming phones generally do not have good battery life. However, the iQOO Neo 6 with its well-tuned Snapdragon 870 chip, an aggressive power management system, and 4700mAh battery makes the phone go through a day with ease. The 80W charging solution makes a full charge in about 45 minutes, which is very fast.

Motorola tunes its battery very well and on the Moto G52, you can easily get up to two days of battery life. A very powerful Snapdragon 680 chip paired with well optimized Android 12 and 5000mAh battery keeps the Moto G52 running. You only get a 20W slow charger in the box but the long battery life makes up for it. The Moto G52 is priced at $160

Poco X4 Pro 5G Starting At $200 is another battery winner. Despite having a 120Hz AMOLED display and a powerful Snapdragon 695 chip, the Poco X4 Pro with 5000mAh battery is a great phone to last all day. Poco also offers its own fast 67W fast wired charging solution that does a full charge in less than 45 minutes.

The Realme GT Neo 3 is another surprise battery package. Despite having a powerful Dimensity 8100 chip, 120Hz AMOLED display, and 5000mAh battery, the phone manages to last a full day and leave some unattended for the next day. While battery life may not be the best here, its 150W charging solution fills it up in the blink of an eye. Isn’t this a good combination?

The Best Cheap Phone Plans for 2022

Samsung Galaxy S22 FE will not launch this year

Samsung Galaxy S22 FE will not launch this year